Twenty people gathered in the library of Cavill House. They sat on hard wooden chairs arranged near the fireplace, checking their watches and muttering amongst themselves. A tall wing-backed chair sat in front of the hearth, the small table beside it holding a candlestick and a glass of port. Books sat in the usually empty shelves, draped with fake cobwebs and interspersed with plastic skulls. Jackie and Sandra stood beside the main door, whispering in urgent tones. 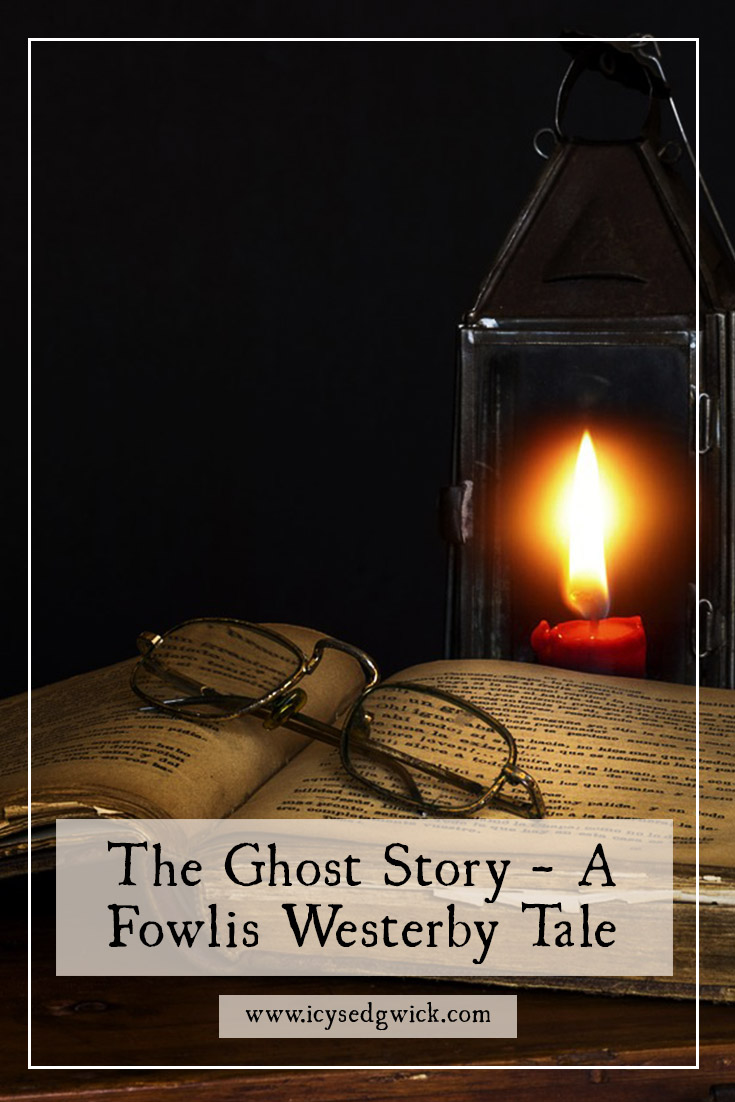 “What’s she going to do about it? You know what she’s like, Jackie. She’ll just tell us to sort it.” Sandra pried the door open a crack and peered into the entrance hall. She hoped to see their actor striding in through the front door. All she saw was a flurry of snowflakes swirl past the window.

“How? Sandra, it’s her event, she should bloody be here. What’s she expecting us to do, read the stories ourselves?”

A door near the back of the room opened and the attendants sighed in relief. Jackie leaned forward and dimmed the lights, leaving only the warm glow of the fire, and the pale illumination of the candles. The murmurs of the audience quietened down, and they watched a tall man walk towards the fireplace. Dark brown curls surrounded his face, and blue eyes shone above a neat goatee. Dressed in the Cavalier garb of the seventeenth century, his boots knocked hollow on the wooden floor. He sat in the chair and peeled off his brown leather gloves. Moments passed, and he opened his mouth.

The audience gasped at the sudden intrusion of a rich baritone voice into silence. The actor cast his eyes across the gathered people and leaned forwards.

“When he heard a voice thus calling to him, he was standing at the door of his box, with a flag in his hand, furled round its short pole. One would have thought, considering the nature of the ground, that he could not have doubted from what quarter the voice came; but instead of looking up to where I stood on the top of the steep cutting nearly over his head, he turned himself about, and looked down the Line.”

The audience watched, spell bound, as the actor told Dickens’ story of The Signal Man. Even the attendants came closer, ignoring their posts at the main door to kneel on the floor beside the audience. Gasps and even Sandra’s mild shriek punctuated the calculated pauses of the recital. The actor reached the closing words of the story, and left them hanging in the air. The audience leaned forward, seeking more. The actor fixed the gathering with a meaningful stare which each member felt was intended for them, and them alone.

The actor faded into thin air, leaving only the ghost of his words in the quiet room. The audience leapt to their feet to begin a five minute standing ovation. Even Jackie and Sandra joined the applause.

The enthusiastic clapping died away. Jackie clambered to her feet and turned on the harsh overhead lights. Sandra skirted the wooden chairs and opened the little side door through which the actor had entered. She led the way toward the small cafe, stocked with interval refreshments for the audience. Twenty people formed a queue, paying for coffee or hot chocolate.

Two minutes later, a man with wild hair and snow-encrusted trousers hurried into the cafe. He grabbed Jackie’s shoulder. Her eyes grew wide when she turned to see his harried appearance.

“Simon! What happened to you?”

“I got stuck out on the back road with a flat tyre. Took me ages to get it changed. I tried phoning to say I’d be late but there’s no bloody signal out here.”

“That’s okay, your replacement came on. The audience loved him! Where did you find him?”

“The other actor. He came on a little late but he did ‘The Signal Man’. Got a standing ovation. You’ll have your work cut out for you topping that one!”

Simon stared at her.

“But I didn’t send a replacement…”

If that’s gotten you in the mood for a good ghost story, then you can do no better than ‘No. 1 Branch Line: The Signal Man’ itself, one of Dickens’ finest. You can read it online here…