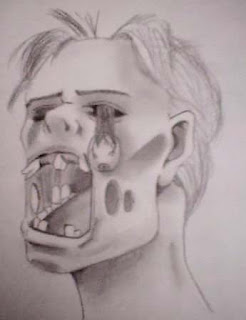 The tendency towards remakes and sequels has been present in cinema for decades now, but for a long time it seemed that literature stood apart. A book was an individual creation by an author/genius, and was therefore sacrosanct. They could be adapted for performance in the theatre, or on screen, but it was rare for other authors to continue the story, or to retell it altogether. However, this seems to have changed over recent years, with more authors ‘retelling’ classic fairytales, or taking inspiration from earlier works.

There have already been plenty of novels released that either continue the story after the final page of classics such as Mansfield Park, or that tell the story of an alternative character (see the series of ‘Diary’ novels for Jane Austen’s heroes), but now a new literary ‘remix’ trend seems to have exploded out of leftfield. Horror is being injected into the works of Austen – we’ve already had Pride & Prejudice & Zombies, Sense & Sensibility & Sea Monsters and Mr Darcy, Vampyre, with Vampire Darcy’s Hunger: A Pride and Prejudice Adaptation due in December. Exactly what has prompted this trend? Personally, I can’t help thinking that a great deal of it relates to the publishing world’s grudging acceptance that women do read horror, and they enjoy it. They also enjoy romance and the classics, so…why not combine the two?

However, I cannot work out whether this trend either devalues the original classic, or devalues the horror genre as a whole. Horror is a particular genre, defined less by its iconography, themes or typical characters and more by the feeling it provokes in the reader or viewer. It has long been seen as the ‘poor man’ of both literature and cinema, looked down upon by loftier genres, a sort of ‘trash’ for a less discerning audience. Therefore on one hand, injecting this ‘lowest common denominator’ genre into classic novels brings the reputations of these novels into a sort of disrepute. The subtle social commentary or historical value of such works is obliterated by the introduction of zombies, vampires and sea monsters, rendering the (often poorly written) original text almost worthless. However on the other hand, horror is actually a complex means of conveying wider themes as it reflects social anxieties current at the time of its inception, and to ham-fistedly cram it into a classic novel tells the world that actually, horror is a bit of silliness, only good for amusing or entertaining the reader as a new spin is put on a well-known story.

Beyond this, I also can’t work out why it seems to only be Jane Austen’s work that is so far afflicted. She only wrote six full novels, two of which are in my opinion truly dire (Mansfield Park and Emma, in case you were wondering), and surely there are other authors with a larger oeuvre who would benefit from the introduction of a little silliness in their stories? Charles Dickens is a po-faced bore at the best of times, and I can’t help thinking that a scene depicting Pip battling a werewolf Miss Havisham would truly improve the work as a whole.

Still, it’s an interesting trend, and with any luck will prove that horror is a viable genre for female readers. I shall be watching with interest…

The image in this post is actually a drawing by me!