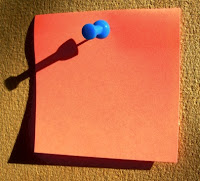 The ever helpful Kristen Lamb has a post over on her blog about why writers should be using Pinterest. Pinterest, for those who don’t know, is a service by which you can create a ‘board’ and ‘pin’ images that you think are interesting. You can create boards for almost anything, from showing off your own artwork to sharing those images and photos that you’ve found online. Kristen suggests creating boards full of photos that inspired a book you’ve written, in the same way that some authors create musical playlists that accompanied the writing process.

I know, I know, almost every person who runs a blog about writing seems to post something every other day about why you should use this or that new profile/network/social media – it seems like something new comes out on a fairly regular basis and we’re always being told that if we don’t jump on the bandwagon, we risk being left behind by those people who embrace new technology. It gets confusing, and after a while, you find you’re spending more time trying to figure out new stuff, and less time actually writing. Where’s the sense in that? It’s madness, I tell you.

Now, I read this particular post with some interest because I like the idea of Pinterest but I just wasn’t sure how I could actually use it. If you take a look at my boards, you’ll see I currently have four. I’ve got Colour Swatches, which is a collection of the colour palettes I’ve put together using my own photographers, and which are available for download in various formats over on ColourLovers.com (but you can still sample the colours from these bad boys on Pinterest using the Eyedropper tool in Photoshop). There’s also a board for my Creative Photography, which I keep forgetting to update since I put everything on Flickr as standard. There’s Old Photos, which are cool old photos that I’ve found online, and Fabric Designs, which is comprised of the fabric designs that I have for sale on Spoonflower. I’m hardly setting the world of Pinterest alight. 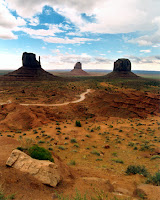 But is there greater scope here? I could easily create a board themed according to The Guns of Retribution, and pin photos of locations that inspired the book, or images of Grey’s weaponry. I could create one for The Necromancer’s Apprentice, dedicated to supernatural, fantastical or mummy-related imagery. Humans are by their nature a visual species so would this be a better way of sparking interest, by pinning interesting photos or asking people to contribute their own? After all, people can sometimes shy away from reading a sample of a book based on nothing more than a brief blurb, but if images stimulate their imagination, then they’re bringing more visual acumen to the reading experience – which can only really enhance it. For example, if I have a board full of pictures of the Arizona desert, Old West ghost towns, Colt Peacemakers and Victorian photos from the 1880s, you’re going to have a much better mental image of the world of The Guns of Retribution.

I suppose my question is…would it be worth going to the effort of creating one?