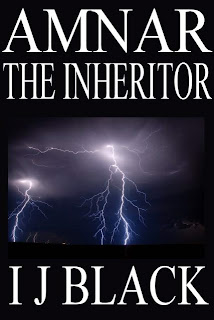 I J Black is promoting the latest instalment in her Amnar series, called The Inheritor, and she’s dropped by to have a bit of a chat about the expansive world of Amnar.

How would you sum up Amnar for newcomers?
Amnar is an epic fantasy, set in a world very different from Earth, but where the people face the same kind of problems. It’s a break from the traditional, Lord of the Rings-style of quest and focuses on politics, legal drama, personal struggles and mystery as well as a splash of illusion and the occasional dragon.

What inspires the plot lines?
I’m inspired by lots of things. I’ve been lucky in having had the opportunity to travel a great deal, and much of Amnar has been developed from that. Most of it came from growing up in a household where there were a lot of books and there was much interest in history. All the years of study have been poured into Amnar and I find a lot of my inspiration in reading non-fiction.

Do you ever base your characters on existing people, either in the media or that you know?
Not consciously, no. I’ve related or adapted the experiences of people I’ve met, though. I travelled through China a few years ago and one of the guides who discussed her experience of surviving the Cultural Revolution inspired me to think about how individuals cope in a hostile regime – some of her stories influenced the creation of characters like Io and Nenja.

Which of the books has been your favourite to write?
I really enjoyed writing The Inheritor, but as I’m working on the sequel to that, I’m also very much enjoying writing exchanges between Vasha and Arandes. I have managed to scare myself. The third book I wrote was full of horror, very much a psychological thriller, and I used to scare myself writing it late at night after work.

Do you outline and plan your books, or stick to the tried-and-tested “make it up as you go along” method?
I do outline and plan. Once upon a time I just made it up as I went along, but Amnar books are too complex to make that easy, and I’ve found that the more I plan, the better and easier it is to write.

You started out giving the books away for free on Smashwords. What prompted you to step it up a notch and branch out to Kindle?
Smashwords has had continued issues with Amazon, and getting books onto the Kindle is obviously an important step to take, as people look for books there more than they do anywhere else. I think it was a natural next step, and I like the ease with which you can put work out on the Kindle.

If you were to compare Amnar to the work of existing authors, who would you choose and why?
It’s very much a cross between China Mieville (in terms of its political focus), Philip Pullman, and Ursula Le Guin. I don’t write like Mieville, but I do have the same interest in politics, and you find a lot of that in Amnar. Then there’s the more spiritual side, the interest in religion, which appears in later Amnar books, as well as exploration of consciousness found in Philip Pullman’s work. Finally, there’s the personal journey of Io and other characters, and the interest in sociological perspectives that’s found in Ursula le Guin.

Do you have plans for further Amnar novels?
Yes, indeed. There are a full seven books in the Inheritor series, then three in the Execution series, plus the possibility of writing more prequel series around Arandes Nashima, where he came from, and the civilisation that predated Amnar. I could probably keep going for the rest of my life and not run out of ideas.

Say an Amnar movie is to be planned. Who would you like to see direct it, and who would you cast in the principal roles?
I’m not sure about directors, although I do like Ridley Scott’s work a great deal. I’m not sure about other roles, but recently, I’ve been convinced that Ellen Page would make a brilliant Io. She’s young, but she has the kind of determination and attitude that Io does.

What do you think draws people to the fantasy genres?
I think they like the complexity of really good alternative worlds. Writing these worlds is fantastic because you have much more freedom to experiment with new ideas and mixing up different ones. In terms of reading, it’s an opportunity to let go of boundaries and play with things that simply aren’t possible in our own world. I think we get the chance to be people that we simply can’t be in the real world.

Do you think the so-called e-book revolution will draw people back to reading for leisure, as opposed to watching movies or playing video games?
I think it’s entirely possible. I think there’s also a lot of scope for branching out between e-books, movies and games, where good work can be presented in all three media. E-books have definitely made it easier for writers to reach their public, and for people to explore books they might not otherwise buy because it required going to a book shop or shopping online and then waiting weeks for the things to actually show up. It also makes books much more portable, the kind of thing you can carry around like you would an iPod. 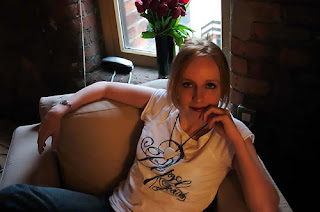 I J Black is an author of several books, and an ex-academic with a PhD in geography and history. She has run her own business and been a cinema projectionist, a writer, a secretary and a whole range of other things. When not world-building, she runs the SkepLit book club, runs and is interested in physical fitness – a great antidote to sitting down most of the rest of the time. She also loves travelling and painting.


You can find out more about Amnar by visiting the website, while the books are available from Smashwords, Amazon UK and Amazon US.