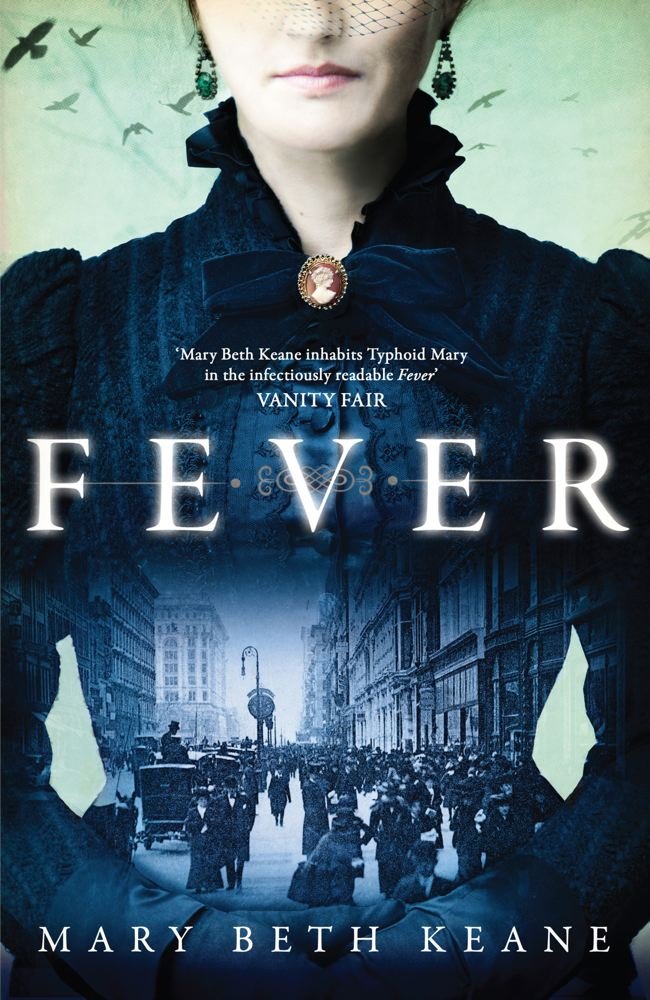 I’ve long had a fascination with disease and its spread, and figures like Typhoid Mary hold a certain interest for me as part of that intersection between social and medical history. I’m also keenly fond of historical fiction, so Fever ticked two boxes for me before I’d even opened it.

Mary Beth Keane tells the story of Irish immigrant Mary Mallon, so-named Typhoid Mary after a series of typhoid outbreaks were traced to her cooking in early twentieth-century New York. Quarantined on North Brother Island in 1907, Mallon refused to acknowledge that she could be spreading typhoid while being healthy, and she became the subject of an investigation into the concept of a healthy carrier. During her quarantine, authorities tried to force her to have her gallbladder removed, and she was submitted to regular and rigorous tests. After other healthy carriers were found elsewhere in the US, she was released in 1910 on the condition that she never cooked again, but was taken back onto the island in 1915 after going back to cooking as a profession. She died, still in quarantine, in 1938.

On paper, Mallon sounds like an awful character. Frequently warned of the danger she posed, she continued to cook and put people at risk. Yet Keane has taken this almost mythic figure and humanised her. She continues to cook, not out of malice, but out of need. Being a cook defines her self image, and anything less severely shakes who she thinks she is. She’s only happy when she’s preparing food. Fever also portrays her male companion, a drunkard named Alfred, as being a constant millstone around her neck, and Mallon becomes a somewhat sympathetic character. I often found myself shouting “What are you doing?!” at her, and when life seems to be going well the first time she is released, I wanted to be happy for her…until slowly but surely she starts cooking for others again.

The book is also a keen study of social history on an early twentieth century metropolis. A lot of the street names and geography mean nothing to me as someone who has never visited New York, but the isolation of North Brother Island is really all you need to focus on.

Well written, and covering Mallon’s life from 1899 until her recapture in 1915, Fever is a fascinating and gripping read that maintains pace as it builds towards its tense ending when Mallon accepts a position as a cook at a maternity hospital. Keane has taken Typhoid Mary and turned her back into Mary Mallon, something the newspapers of the time seemed unwilling to do.

Four out of five!