Frankenstein was released on 21 November 1931 in the USA. It wasn’t the first adaptation of Mary Shelley’s novel since a silent version was released in 1910. Yet James Whale’s black-and-white version reversed the ailing fortunes of Universal and kickstart a wave of horror production. It also turned its Monster, played by Boris Karloff, into a star. The Curse of Frankenstein later did the same for Christopher Lee in 1957.

The Many Faces of Frankenstein

The interest in Frankenstein seems to be perennial. The Creature was a regular character in the Gothic drama Penny Dreadful. You can find both series of The Frankenstein Chronicles on Netflix UK, starring Sean Bean. A film interpretation, starring James McAvoy as Victor and Daniel Radcliffe as his assistant Igor, came out in 2015. 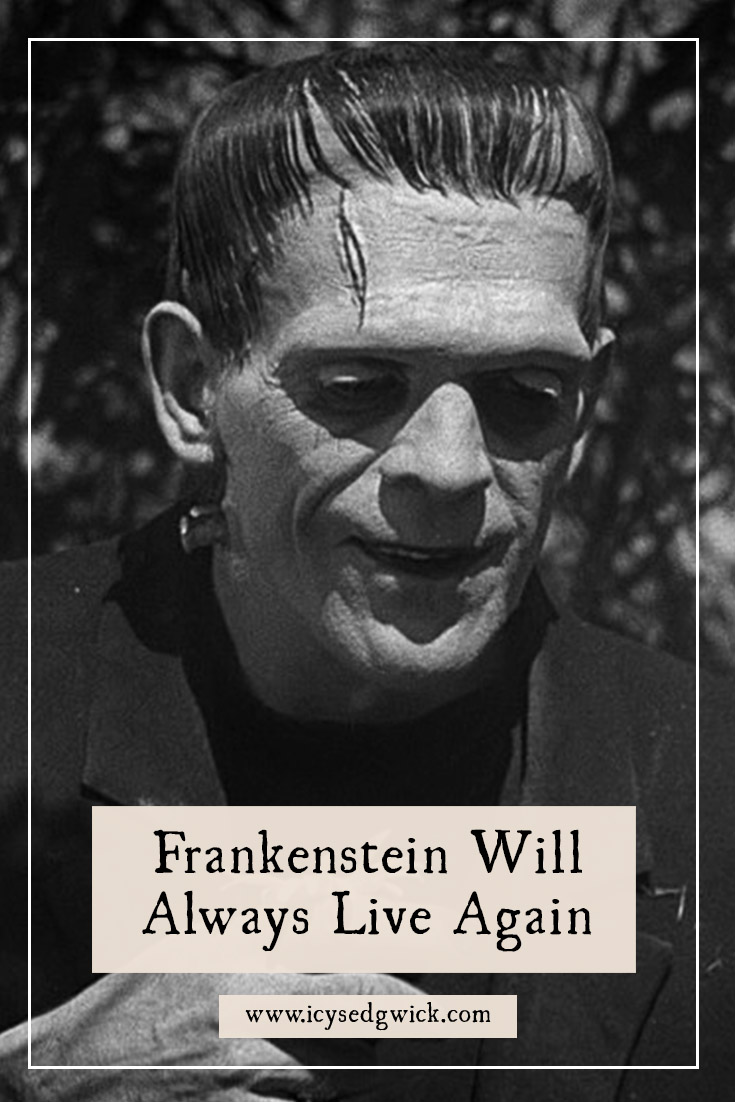 To mark the birthday of Mary Shelley (born 30 August 1797), I’m looking back at the Creature’s screen presence so far to choose my favourite three portrayals! Remember, these are just my opinion, so it’s okay if they differ from yours.

In 2011, Benedict Cumberbatch starred in a stage adaptation of Frankenstein for the National Theatre, alongside Jonny Lee Miller. The pair alternated between playing Victor and the Creature. Critics largely agreed that Cumberbatch was better as the Creature.

He played the Creature at the screening I saw at the cinema in 2014. Cumberbatch’s portrayal relied more heavily on the novel than the simplicity of Karloff’s classic Monster. Cumberbatch’s Creature is eloquent and articulate, much like the Creature in the novel. He generates pathos through his simple desire to be loved. He is also physical, running about the stage like an oversized child.

Kinnear is perhaps my favourite version of the Creature. He loves poetry and understands his own monstrosity. Ironically this makes him the most human character in Penny Dreadful. He also holds the dubious distinction of making me cry with his scenes in the second season!

Of all the versions I’ve seen, Kinnear’s Creature is perhaps the most lonely, and most pitiable. He has a capacity for violence, but it isn’t his first port of call. This Creature just wants to find love and be left in peace. A Creature after my own heart!

Ah, but Icy! I hear you say. Why include the actor that played Victor Frankenstein in a list about the Creature? In Revenge of Frankenstein (1958), Cushing technically became his own monster! His assistant transplants Victor’s brain into his newest creation after the doctor is set upon by an angry mob. For the other five films in the series, Victor’s brain is still in this other body, not his own.

The films were made by Hammer, not a company known for their avant-garde approach or critical value. Most people confuse Victor with the Creature and they turned that into a plot point! Incidentally, Revenge of Frankenstein is also my favourite of Hammer’s films about Victor and his exploits.

What are some of your favourite portrayals of the Frankenstein Creature? Leave me your suggestions in the comments below!