A couple of weeks back I posted my review of Blood Skies by Steven Montano. I’m all about letting other authors use my blog to talk about their craft, and given Steven’s a whizz at writing a series, I thought I’d ask him to write about the challenges of writing a series! Over to you, Steven…

Regardless of what some might say, writing a novel is hard.  I mean really hard.  And even if you can manage it, then you have to rewrite it, which is an entirely different beast.   Then you have to market your book, which is probably the most challenging part for self-published authors.

There are challenges to writing a fantasy/sci-fi series above and beyond those inherent to writing a single novel.  I’ll do my best to elucidate those challenges for you right now.  (Note: I had to look up the word “elucidate” to make sure I was using it properly.)

Plot: Coming up with a good plot is difficult enough for one book, but coming up with a plot for a 10-book series (or a trilogy, or a 20-book series, or whatever) can be extremely daunting.  Depending on the style of series you intend to write you might have to create a very specific outline of where you want things to go, especially if your series is part of a continuous story (as opposed to something more serialized).  What works for me (an admitted “pantser” who still understands the quality of a good outline) is to have a general idea of what’s going to happen in the series, but not to get locked down with too many specifics.  Even the most hardcore plotter/outliner can change her mind, and you need to leave yourself some flexibility.

When I first sat down to plot out the original 6-book arc for the Blood Skies series, I did so with fairly broad strokes.  I knew roughly where each book would end and where the next would begin, but aside from some top-level plot details I left most of the specifics wide open.  So, for example, while I knew where Cross would be at the end of Books 3 and 4, I didn’t necessarily know how he was going to get there until I actually wrote the novels.

So long as you have even a general outline for your series you should never be lacking for a plot for any individual book.  Keep in mind that most people prefer each novel in a series to be as self-contained as possible.  This isn’t always easy, of course, and it’s pretty much expected that any given installment will end with some unanswered questions, if not with a total cliffhanger.  How you manage these transitions between novels is a matter of personal preference, and a question of how much you want your readers to hate you. ;D

Character Invincibility:  If your novel centers around a single protagonist, your readers will quickly figure out that nothing is going to happen to him/her, which might reduce tension and make the proceedings kind of dull.  There are a few ways you can go about keeping your audience on edge regarding to the fate of your main character:

1)Kill him.  The best medicine for some series is to not provide the feeling of safety that lets your readers get complacent in the first place.  Establish a protagonist, and then take him out.  Keeps everyone on their toes.

2)Direct the threat of danger more at your supporting characters rather than the character himself.  The tension then becomes on who will or will not become a “redshirt”.

3)Transform your character in some way.  My main character in the Blood Skies series, Eric Cross, has undergone several transmogrifications, and my readers have asked me a) how I could be so cruel, and b) what terrible thing I’m going to do to the poor guy next.  The suspense becomes more about “what will happen to him next?” rather than “will he live?”

4)Just don’t worry about it.  Some readers enjoy the comfort of knowing their hero is going to make it through the next scrape no matter how much the odds are stacked against him.  That’s part of what keeps them coming back for more.

Continuity:  Continuity refers to all of the little details in your series, from a character’s eye and hair color to street names to the way things work in your fantastic world.  I’ve read about some people who keep a “bible” about their novels, a notebook or journal where they literally jot down character notes, locations, subplots, etc.  This, I think, is a terrific idea.  (And perhaps something I should actually do…)

An author has to be careful to maintain continuity in regards to both character (vital statistics, scars, affectations, etc.) and setting (geographical details, chronology, what a country’s flag looks like, what the population is, etc.).  This is tough to do with even one novel…maintaining it throughout a series can be like holding a freight train together with duct tape.

But details like this are IMPORTANT!  They enhance the realism of even the most preposterous setting.  Maintaining continuity is especially important in fantasy and science-fiction, where different sets of rules apply than those in the so-called “real world”.  If you invent a system of magic, a brand new race, or different laws of thermodynamics, be sure to maintain those details throughout your series!

Presentation: This next one is something of a “personal preference” issue. Some readers (and writers, for that matter) try to keep the books in their series as similar to each other as possible.  This, of course, is called “formula”, and you see it in TV shows and serialized novels all of the time.  Sometimes your audience just wants to get back together with a familiar character – it doesn’t matter if the plot is the same through each and every book or if the only changes to your protagonist’s life between volumes are only minor ones.  In these cases, it’s more about spending quality time with some fictional old friends.

If this is your thing, AWESOME! I’ve enjoyed reading novels set up like this, and, honestly, I’ve always wanted to write one.  Maybe someday I will.

With Blood Skies, I prefer to mix things up a little bit between books.  That doesn’t mean that every novel is totally different – they all take place in the same world, have the same main character and follow the same rules, but that didn’t mean I wanted each book to be a carbon copy of the others.  Sometimes a change of scenery is all that’s needed, or a different narrative approach.  If Book 1 in your series takes place in a desert, shift Book 2 to a jungle; if everything is always told from your protagonist’s point of view, shift things to a different character in Book 3 when your main character vanishes; if your series is always told in 3rd person, shifted one volume to 1st person for a change.  Etc.

Stamina: I’ll say it again: Writing a novel is hard.  Writing a series is just nuts. I published Blood Skies in June of 2011.  I’ve averaged a new book in the series about every five-and-half months.  Depending on whom you ask, that’s either freakishly fast, or way too slow.

There’s a reason some Indie authors choose to wait until they have their entire series at least drafted before they even think about releasing – so they can lessen the time between releases.  This is a solid plan…much more solid than setting unrealistic expectations and then killing yourself trying to crank the next book out (aka “Plan Steve”).

Whatever your pace, whatever your plan, be persistent.  The world won’t end if you take more than a couple of months to come out with Book 2, but you probably shouldn’t wait a year between novels, either.
Know your limits.  I’ve severely cut back on my writing/editing schedule over the past month because of work, kids, and the demands of maintaining a blog and marketing on top of finding time to actually write, but I’m still sure to keep working every single day.  Eventually I’ll crank things back up, but for now I need to move at a slower pace.

Only you know how much you can or can’t handle.  Don’t sell yourself short – never, EVER do that, because everyone else is already set to do that for you, and the last thing you want is to help them out – but don’t stretch yourself thin.  Set yourself up for success, and go kick some ass. 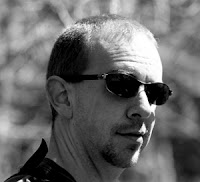 Steven Montano is the author of the Blood Skies series and an accountant for a gaming company.  Sadly, only one of these professions actually pays the bills.  Steve lives south of Seattle, Washington with his wife, two kids, and a dog of dubious intellect.