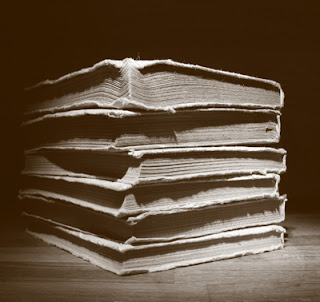 No matter what blog you read, or tweet stream you follow, the Internet appears to be buzzing with various proclamations about the state of publishing, ranging from the so-called death of print (which, technically, Dr Egon Spengler predicted in Ghostbusters, way back in 1984) to the so-called ‘revolution’ of self-publishing. I’m not quite sure how to break it to you, but self-publishing is NOT a new invention. Not only have people been doing it for years via so-called “vanity presses”, but authors as diverse as Beatrix Potter, Mark Twain, Edgar Allan Poe and Leo Tolstoy have all dipped their toe in the murky waters of self-publishing. The only thing different between then and now is the format – and I’m pretty sure that if Smashwords was around in 1901, then Beatrix Potter would have had The Tale of Peter Rabbit out in various electronic formats, instead of the 250 limited editions with which she had to make do. In many cases, these “big names” chose to initially self publish because they couldn’t find a publisher who would take their work on. By contrast, many writers nowadays choose to self publish without even trying the traditional route first, swayed by the lure of the profit margin.

Other blogs are afire with talk of independent publishing presses, or authors setting up their own companies through which to publish their work. Again, this is nothing new. William Morris, a key player in the Arts and Crafts movement in Victorian England, established the Kelmscott Press in 1891 – over the following five years, it would produce 18,000 copies spread across 53 titles. He modelled the books on fifteenth century texts, with attention lavished on the relationship between type and illustration. Each element of production – the paper, the type, the letter spacing etc – was just as important as the next, and the books proved to inspire better production standards among the generally poor commercial presses. Some of the Kelmscott books were by the likes of Coleridge or Keats, making Morris an independent publisher, although some of the books were his own, making him a self publisher. Either way, the Press highlights the emphasis on artistry and aesthetics rather than the mass-produced or commercial product. 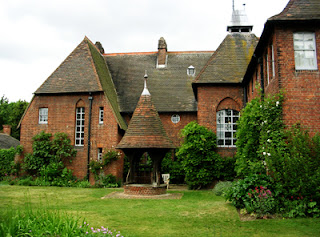 On Saturday, I went to visit his Red House in Bexleyheath, Kent – now cared for by the National Trust. He and his wife Jane lived there between 1860 and 1865, and the house provided a communal atmosphere for the Pre-Raphaelite Brotherhood. This was an entire art movement originally founded in order to operate against the mainstream grain, to pursue its own ideals in the face of accepted opinion, and to place a belief in art above that of commerce. True, many of the artists went on to become rich or famous after the work of the Brotherhood became popular, but they never lost sight of their purpose – to create art that didn’t necessarily conform to what the Royal Academy said could be art. Indeed, isn’t that what independent publishers should be trying to do? Shouldn’t they be trying to step outside the boundaries delineated by the established authorities, and using this reclaimed space to promote art?

I’m not for a second suggesting that all independent or self published titles need to be high literature, but art can and does mean many different things. Indeed, a pride in aesthetics, and care taken in quality control, would go a long way towards ridding the Internet of poorly formatted and poorly written self-published books which do nothing to persuade people that a self-published work is as worthy as one put out by a traditional company.

Indeed, if we’re going to speak of William Morris, then we can’t avoid the Arts and Crafts Movement, which is usually accepted to have lasted between 1860 and 1910. The Red House, designed by Morris and architect Philip Webb, is believed to be the first Arts and Crafts house. The movement was principally concerned with a fascination for days gone by, for times when skilled craftsmen would make buildings or furnishings. Of course, this was partly as a result of the Industrial Revolution, which divorced people from the idea of a “master craftsmen” since the new technological processes made people simply “cogs” in the machine. The Industrial Revolution made mass-production possible, but that just made the new products too uniform. The “human touch” was missing. The movement sought to restore this touch, and so get back to a more honest form of design that celebrated the skill of the maker.

Of course, many of today’s self or independently published writers clearly desire commercial success and rightly so, yet the Arts and Crafts ethic can still be applied to contemporary endeavours. Write a book that is so fresh and so original that it towers above the “book-by-numbers” often churned out by the big names. Go for the handmade aesthetic but do it for the sake of the art, not because you’re trying to save money. Love what you’re doing and take care to do it well – don’t just slap something together because the Internet says you can become a millionaire with 99c e-books. With its “one click to put online”, e-books are almost mass-produced in themselves, so make sure yours is a well-made, well-presented and most importantly well-written BOOK rather than a poor quality commercial PRODUCT.

There’s no reason why something commercial can’t be art as well.