If you’ve ever visited my blog before, you’ll know I’m a big fan of all things spooky and macabre. So it’s my pleasure to welcome Madeleine D’Este to the blog to tell us all about spiritualism in Melbourne! 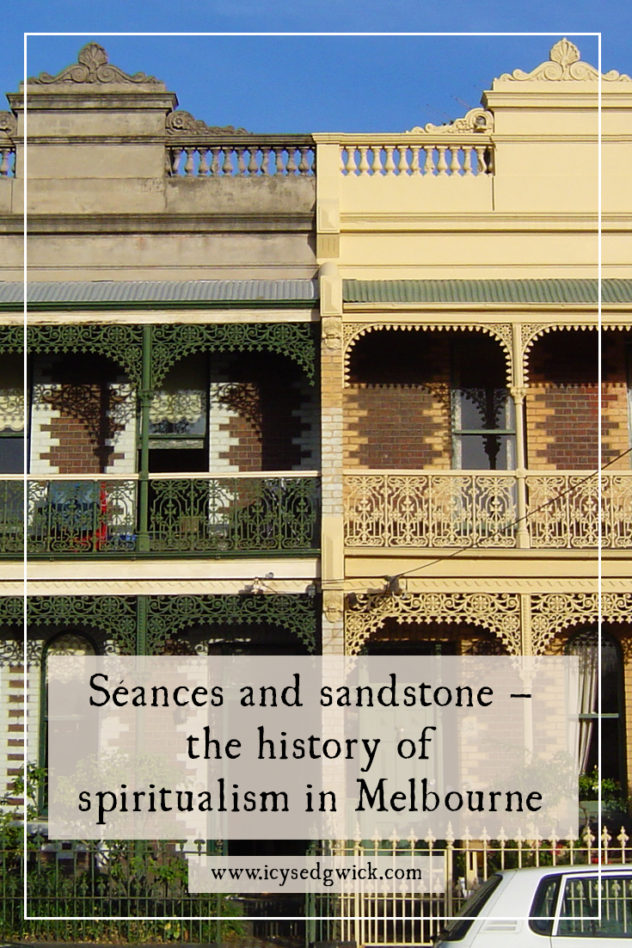 Séances and sandstone – the history of spiritualism in Melbourne

In the 1880s, Melbourne was the second largest city in the British Empire after London. Host of the 8th World Fair and flush with cash from a recent gold rush, it prospered. Grand sandstone buildings still line the Melbourne city streets from this era.

This architecture initially inspired me to set my steampunk novella series in my home town. In my research, I discovered the rich history of spiritualism in Melbourne.

The colony of Victoria, including Melbourne, was part of the British Empire. The thousands who migrated from the British Isles brought all the fads and fashions with them, including séances and Spiritualism.

Spiritualism rests upon a belief in the continuation of life beyond death and the ability to communicate with the dead (spirits) through a medium. Spiritualism grew out of mesmerism but the Fox Sisters from Hydesville, New York popularised the practice with their table rapping in the 1840s. The phenomenon quickly spread throughout the world.

In 1870, the Victorian Spiritualist Union formed and it still operates today. It’s the world’s longest running continuous Spiritualist organisation. During the Victorian era, the organisation was part of the mainstream rather than a fringe group. One particular President of the Union, Alfred Deakin, also became Prime Minister of Australia.

In the 1920s, Sir Arthur Conan Doyle visited Melbourne as a guest speaker for the Spiritualist Church. From the 1880s to 1947, the Union produced a Spiritualist newspaper called the “Harbinger of Light”. The paper published stories of spiritual phenomena.

Some Spiritualists met and communicated with the spirit world in front of large audiences.

But the main venue for Spiritualism in Melbourne was séances held in the family home with a small group of people and a medium. The groups employed various methods including talking boards (later known as Ouija boards), spirit trumpets and slates. Despite the limited roles of women in Victorian society, mediums were primarily women.

High mortality rates could help to explain the fashion of parlour séances. While technology advanced rapidly in Victorian times with steam power and electricity, medical science remained in its infancy. The paranormal was not considered ‘otherworldly’ during Victorian times. Some believed the paranormal and the occult were simply another scientific hypothesis to be proven or disproven.

Death became a constant companion. Life expectancy hovered at around 45 for a middle class man. Most children were lucky to reach their fifth birthday. Many women died and dangers lurked everywhere, such as arsenic present in Victorian wallpapers. In such a precarious world, people died suddenly on a regular basis.

Spiritualism provided a way to communicate with your deceased loved ones. Or so they thought.

Spiritualism and séances were rife with fraudsters. Modern science has debunked many of the theories. But the concept of communicating with the dead still fascinates us today. We crave the comfort that death is not the end.

And I must admit, part of me wants to believe. 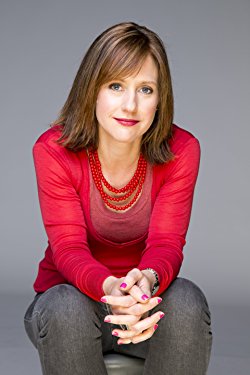 Madeleine D’Este is a speculative fiction writer from Melbourne. Her latest novella, Evangeline and the Spiritualist is available now on Amazon and Kindle Unlimited. This is the third episode in The Antics of Evangeline series.

Evangeline and the Spiritualist

Evangeline is a seventeen-year-old ex-urchin and aspiring world-famous inventress, recently resettled in Marvellous Melbourne with her long lost father, the Professor. When the infamous spiritualist Madame Zsoldas moves into Collins Street, Evangeline is determined to attend a séance to unravel her family secrets.

Mystery, mysticism and gadgets, Evangeline and the Spiritualist is another romp through 1880s steampunk Melbourne. With plenty of tea and crumpets, of course.