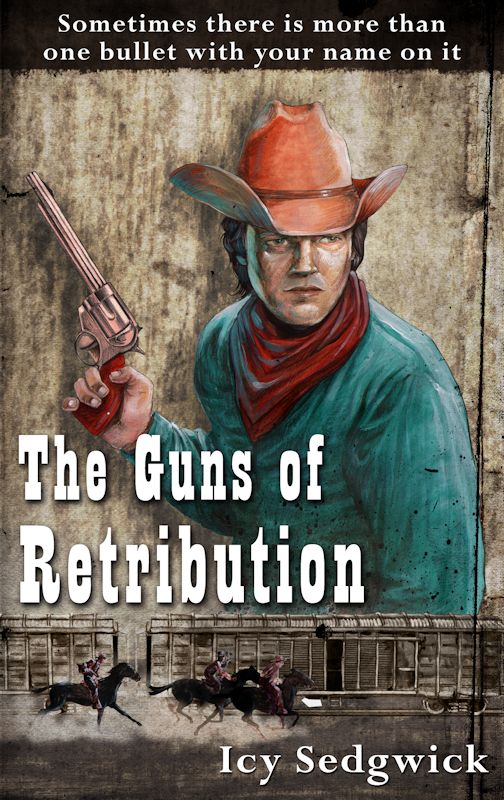 Have you ever met a writer who almost seemed apologetic about their own work? Or are you a writer who tells people that your book is “a horror, but it’s all a bit silly really”?

Stop apologising for your own work.

When I told people that I had my first book coming out, I was naturally asked the question “What’s it about?” When I replied that The Guns of Retribution was a Western, I met either a lukewarm “Oh that’s nice”, coloured heavily with disinterest, or “I don’t read Westerns”. It actually hurts to have someone who previously enjoyed your writing dismiss your latest book based solely on its genre – I started wishing I’d written a horror or fantasy story since that’s what people knew me for. Trouble was, it got to the point where I started apologising for the fact it was a Western, as if I was pre-empting the disinterest. It got so bad that I didn’t think people would care, solely because it was a Western.

I know Westerns aren’t particularly fashionable. Unless you can shoehorn aliens or Jeff Bridges into one, a Western is seen as something staid or outdated. They’re no more or less formulaic than romantic comedies, thrillers or horror, and yet we’re still inundated with those. I think what surprised me was the number of people who absolutely loved the True Grit remake…but still won’t entertain the notion of reading a Western. In essence, Westerns are simply a specialised form of historical fiction – but would I have any more success if I described it as a historical story?

After a while, I almost didn’t want to tell people about The Guns of Retribution. I suppose it didn’t help that most people I talked to were from the UK, and there isn’t a massive appetite here for the Western.

So why the sudden change of heart?

Well I’m damn proud of my book, and I keep seeing other authors apologising about their book. It’s as if for every author who sends a million tweets a day exhorting people to buy their book, there are others saying “It’s a good story, I suppose, but…” I want those authors to be proud of their work, and to stand beside it.

I’ve altered what I’ve been saying so that I now describe The Guns of Retribution as a pulp adventure set in the Old West, which I think is a better description of its content than simply calling it a Western. But I’ve had an epiphany. I can’t keep apologising for a book I’m essentially very proud of. I’ve had positive reviews, and people asking for a sequel (which is on its way!) Readers have warmed to my bounty hunter, Grey O’Donnell, and want more.

You have to own your writing, and you have to be unashamed to talk about it. There are so many other books out there, and so many people doing the same thing – if you won’t champion your own writing, who will?