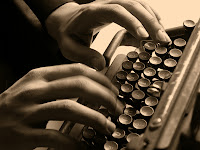 Ask any writer what they use to write and you’ll probably get as many answers as you do writers. Scrivener, yWriter, notebook and pen, napkin and pen, chalkboard, typewriter, Write or Die, Word…there are a dizzying array of programs or implements available to any writer, and it’s usually pretty much a case of trial and error to find out what works for you. For example, I often write story outlines by hand in a notebook, and then write out a loose skeleton in Notepad on my laptop, which is fleshed out into a story in Word. I’m also experimenting with Scrivener’s trial version for my next project to see if that’s any better/different. So far I like it, but that’s another post for another time.

But if you asked me how I wrote my most recent Friday Flash, a horror monologue entitled Regular Guy, I’d tell you very simply that I used Evernote. I’ve mentioned Evernote in passing before, but if you’ve never used it, it’s an app that allows you to record notes etc. in separate notebooks according to their contents. I have it on my phone and my laptop, so if I’m lying in bed and get a story idea, I can type it into a new note in the Fiction notebook I’ve set up. When I’m next on my laptop, I open Evernote, it syncs with my account, and the story idea note that I saved is accessible from my laptop. I copy and paste the content into Word and away I go. 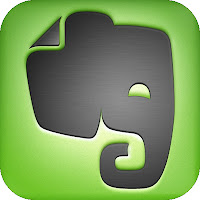 I use Evernote for all sorts. I’ve got a notebook containing ideas and half-written blog posts, another for fiction ideas, another for book ideas (that’s also where I work through the ideas for works in progress), and I’ve got another one for things that occur to me related to my PhD (you’d be amazed how often random things pop into my head at the most inopportune moments). I used to type memos into my phone but that entailed copy-pasting the contents and emailing them to myself. Evernote makes it so much easier.

What’s more notable is the fact that I wrote the whole of Regular Guy in Evernote at about 2am while I was in bed. I didn’t need to get up to switch on my laptop, by which point the idea might have become muddy, or evaporated altogether. I didn’t have to fumble around in the dark for a notebook and a pen that actually works. Plus I type a lot faster than I write by hand, even on a smartphone, and it’s a lot easier for me to get the idea down, ready to be polished properly next time I’m on the computer.

However you do it, once you find a method that works for you, then great. But how about you? What tools do you use to write?