We can often think of the Tudor period as being one of strict class and gender boundaries. Or we look at the shenanigans of the ruling royal family and work backwards to assume what the era must have been like. Tudor Folk Tales by Dave Tonge aims to dispel some of these myths – and entertain us into the bargain. 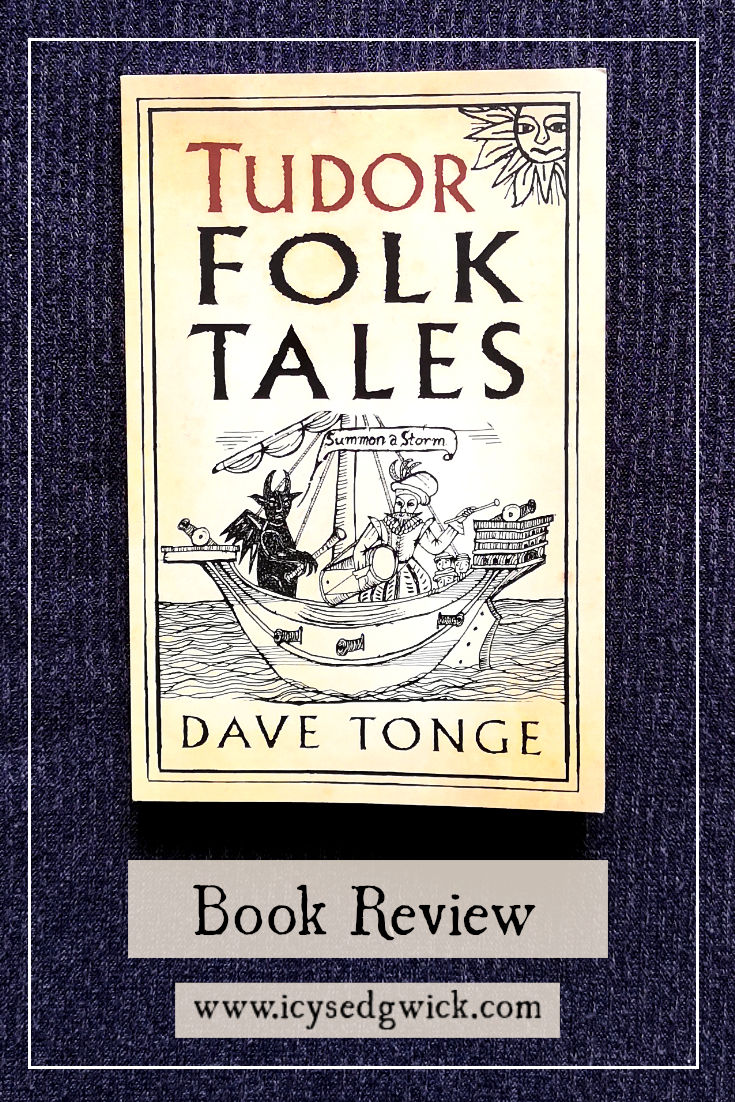 Listen to the book review episode on the Fabulous Folklore podcast!

The book uses a dual-pronged approach to bring the Tudor era to life. Tonge’s focus is on ordinary people living ordinary lives, so you won’t get any salacious details about life at Court here.

The first part of his approach is to use snippets gleaned from court records held in Norwich. Why Norwich? you might ask. During this period, it “was second only to London in size and wealth” (2019: 9). It acts as a good representation of Tudor life. Tonge uses these snippets to flesh out the historical context of the period.

This also acts as a great introduction for the second part of his approach (which is also laid bare in the title).

Tonge includes retellings of folk tales that would have been common in the Tudor period. Each of these tales comes after the historical context provided by the records, which gives them greater value and depth.

The two-pronged approach is a good one and the book is all the richer for it. If Tonge had simply created a book about Tudor life based on the Norwich records, it would have been interesting, but it would have also run the risk of simply being a historical book.

And if Tonge had simply retold Tudor folk tales without any sense of context? It would have been difficult to understand why people were so fond of these stories. By combining the two, we get a greater understanding of the tales’ popularity.

Tonge shows us Tudor life as it actually was, not as we may have assumed it to be.

Stories explore the treatment of servants by their masters, approaches to child-rearing and marriage, and the opinion of paupers. Read in this way, we realise the Tudors weren’t necessarily that different from ourselves. Their preoccupations may have been the destination of their immortal soul and not how many likes their social media posts get. But ordinary, every day Tudors suddenly become a little less alien, and a little more familiar.

True, the folk tales themselves aren’t as memorable as the tales collected by the Brothers Grimm in the early nineteenth century. Few producers will be queuing up to adapt them for stage or screen. That said, the tales of the devilish Howleglas would certainly make interesting viewing! But the tales are charming nonetheless. They provide a fun diversion from fairy tales made too familiar in their retelling.

I thoroughly enjoyed Tudor Folk Tales. I highly recommend it for anyone who wants to learn a little more about this fascinating period in English history.

Click here to pick up your copy of Tudor Folk Tales by Dave Tonge. (aff link)

Tudor Folk Tales was first published by The History Press in 2015. My edition is the newer 2019 edition. I’ve written this review after reading a review copy provided by the publisher. But my thoughts and opinions are my own!

Read my other reviews here.