Ghosts offer a curious phenomenon for those who would care to look. Their longevity is astonishing, with tales of hauntings dating back to the writings of Pliny the Younger. They also feature an astounding evolution in form, motivation, and effects, changing as they do to suit the context of their times. We explore their potential reality through paranormal investigation TV shows, while avidly consuming them in their more obvious fictional forms. True, they’ve lost a bit of their allure in cinema, overtaken by the vampire and zombie, yet the haunted house still periodically pops up, both in films and literature.

Indeed, it is through art and literature that Susan Owens conducts her survey of ghosts. It’s essentially a book about the history of the ghost story and how ghosts have been represented. Through this, we can get a better handle on how contemporary people understood ghosts. After all, people at the time needed to understand their idea of a ghost in order to represent it. Yet there is a strange conversation between cultural products and their contents. 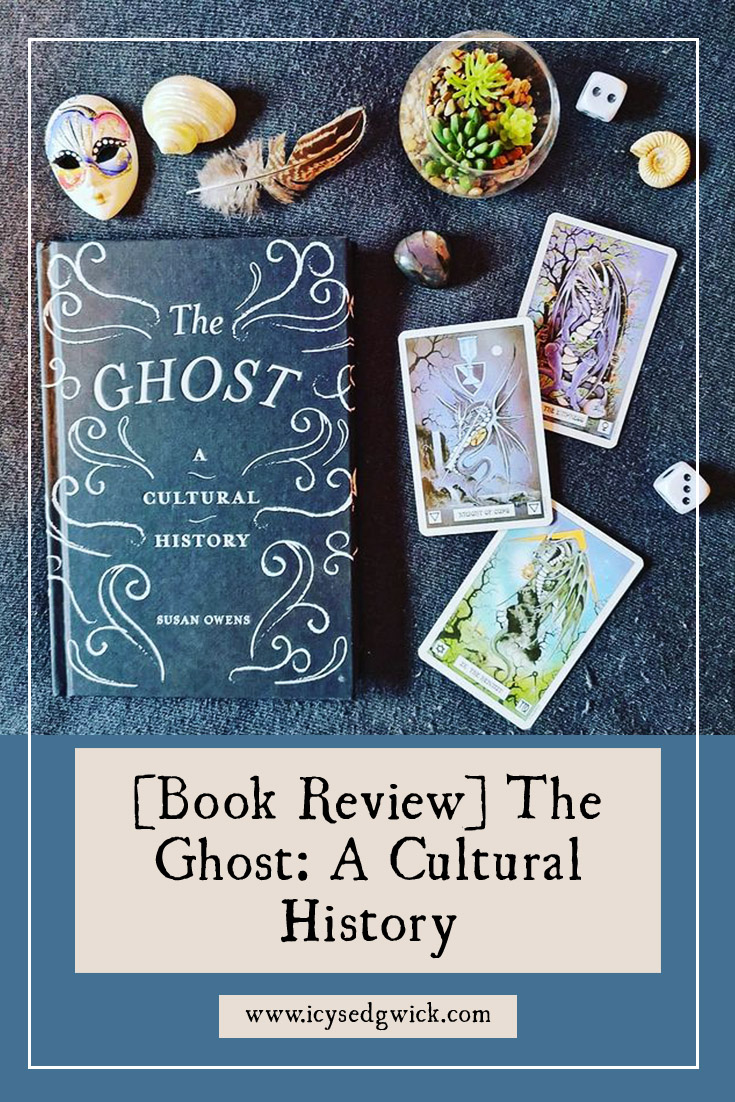 It was Marshall McLuhan who declared that “the medium is the message” (2005 [1964]: 9). Here, far from a medium objectively transmitting information to a recipient, the medium affects how we receive that information. Following this logic, we receive tales of ghosts through art and literature in a particular way dictated by the medium itself. Our understanding of the ghost influences how we represent them, but these representations then change the way we understand and perceive them.

The Ghost: A Cultural History explores this peculiar back-and-forth between folklore and fiction. Ghost stories and sightings feed into literature, which embellishes the tales before feeding them back into popular belief. Indeed, look at the alleged ghost of Maria Manning, the woman hanged for the murder of her lover in 1849. Many flocked to an address in London to see her spectre at the window. Her stern appearance, dressed all in black, helped to influence the fashion choices of ghosts following the event. The ghost must be dressed as Maria dressed in life, and therefore so must other spirits become a prototype Woman in Black (Clarke 2013: 167).

But back to The Ghost: A Cultural History. It’s an excellent book, full of fascinating historical details and analyses of popular literature. The book does have a British focus throughout, something that the title does not convey. Clearly, Owens had to find some means to narrow down the vast wealth of available material. She divides the content into seven chapters, discussing a range of topics in a broadly chronological approach.

We look at the changing physical appearance of ghosts, the links with religious tumult, and the continual re-invention of ghosts. Along the way, we look at ‘true’ ghost stories, Spiritualism, and even the folkloric form of the fetch. (If you’re interested in Spiritualism, check out my talk on the subject for The Folklore Podcast Lectures). By tracing the way that the ghost, and indeed the ghost story, has changed across the centuries, we can better see how these tales reflect the living as much as the dead.

If you’re interested in ghosts, the supernatural, and all things spectral, then I highly recommend The Ghost: A Cultural History. It’s an accessible read, devoid of high theory, with illustrations to make points more clearly. I thoroughly enjoyed reading it!

Buy your copy of The Ghost: A Cultural History here. This is an affiliate link so I’ll make a penny or so if you use this link!