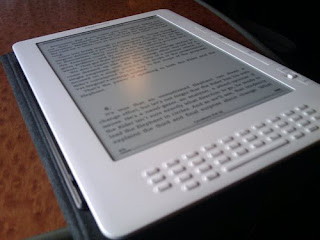 One of many things that I love about the blogosphere is that it promotes discussion, and information sharing. People with experience and knowledge can pass it on to others, who can then in turn pass it on again.

Some people already know that the first phase of my web serial, Tales from Vertigo City, is almost over. Within a few weeks, The First Tale will be finished – and you’ll all know what happens! Well my plan from there, aside moving onto The Second Tale, is to tidy the serial up, and make it available as an e-book. Some people don’t have the time to sit in front of their computer to read the serial in dribs and drabs, but I still want them to be able to read it. I know that as e-readers become more popular, I’d like for more people to be able to read, and hopefully enjoy, The First Tale.

This is where the plan becomes a tiny bit more epic, because I’m not exactly known for making things easy on myself. I know that e-books that are available across many formats are text-only affairs, and that’s fine. I want to put The First Tale out as a text-only version, so people can read it wherever they happen to be with their e-reader. Inspirational self-published author J. A. Konrath advocates Smashwords for selling e-books for iPad, Sony, Kobo (Borders), and Barnes & Noble, and up-and-coming writer Emma Newman used Smashwords for the release of her collection of short dark fiction, From Dark Places. She talks here about the minefield of pricing.

Thing is, there is a lot of supplementary material I want to include, things which I hope will expand or explain a few points about this particular incarnation of Vertigo City. With a background in graphic design combined with a passion for comic books, I’d like those things to take a more visual format, which precludes their inclusion in an e-book in the traditional sense of the word. Smashwords is therefore useless to my purpose, and as printing hard copies would end up being too expensive, I’ve now been considering Scribd.

As far as I can tell, both services have their advantages and disadvantages, and this is where things get interesting, as my Net friend Benjamin Solah is having the exact same dilemma! He has both a project to be released as a text-only e-book, and a magazine he wants to keep in graphic format. It’s all very exciting, and you can check his post on the subject here. It’s at this point that we’re both going to throw open the floor to anyone who either has experience of services like Smashwords or Scribd, or anyone who has any advice they’d like to share regarding e-books.

Come on, get involved!