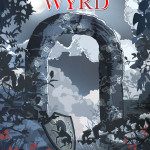 Everyone knows I’m a big fan of South African author Nerine Dorman, and I’m lucky to have her here for a short interview about her latest offering, The Guardian’s Wyrd. If you haven’t come across it yet, here’s the blurb; Sometimes having a fairytale prince as a best friend can be a real pain. Jay […] 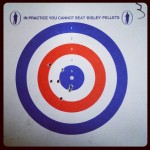 The debate surrounding the #YesAllWomen  hashtag has been continuing for a while now, and while I’m pleased to see sexism finally being discussed in a mainstream setting, I still hear a lot of men claiming they aren’t sexist, so by default other men aren’t either. In some corners of the internet, some men claim that […]

The Great North Museum (formerly the Hancock) is currently running their Magic Worlds exhibition, dedicated to fantasy and illusion. It’s on until 22nd June but I decided to pop along before the school holidays in the hope it would be quiet (aside from a noisy group of schoolchildren, one of whom even questioned whether or […] 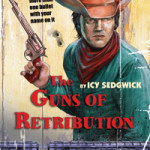 Amanda from Gift Frippery nominated me for the Very Inspiring Blog Award. I’m surprised because ‘inspiring’ is not an adjective I’d normally apply to myself, but I’m clearly pleased as well! So thank you, Amanda. So here are the rules. 1.       You thank the person who nominated you and provide a link to their blog […]

Here we are, back at my own blog for the final post in my tour to promote The Necromancer’s Apprentice. This week, I’ve also been talking about the beauty of novellas on David Shrock’s blog, the importance of visuals on Katherine Hajer’s blog, and all about the mummies on Larry Kollar’s blog. Today we’re back […]

Comments used to be the backbone of the blogging community. I found your post and left a comment, then you came to my blog and commented on a post of mine. And so it went on. Comments are an awesome way to interact, and they can be a goldmine for both you and the reader. The […]