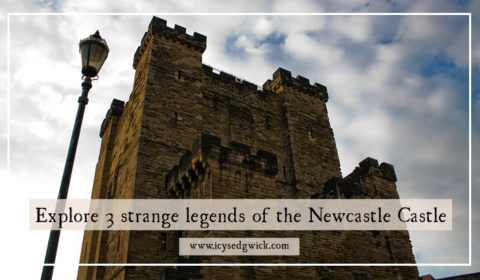 The Newcastle Castle occupies a strange position in the city centre. So strange that some people can’t believe we have a castle in town at all! Buildings have stood on the site for centuries, dating back to the Romans and their Pons Aelius fort. But the Newcastle Castle was originally founded in 1080 by Robert […] 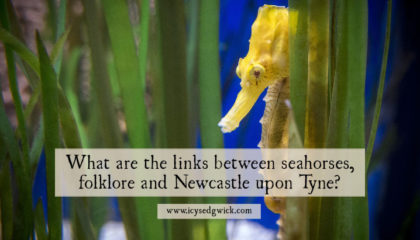 Seahorses are elusive creatures, almost like a mythological animal made flesh. They appear in Roman and Greek mythology, pulling either Neptune or Poseidon’s chariot. Either Poseidon was very small, or he had extra large seahorses, but it’s a cool image all the same. Others believe Poseidon actually rode a seahorse, which is even cooler. Their […] 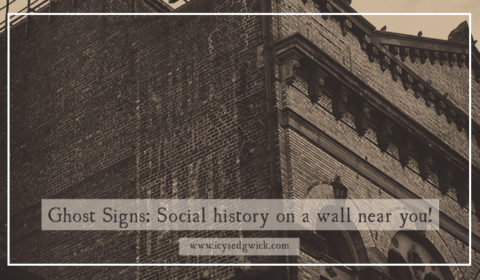 While walking around your nearest urban centre, try looking up. Can you see the remains of any old advertisements, painted right there on the brick? If so, you’re looking at ghost signs. I love ghost signs! We used to have a brilliant one for Jack Daniel’s in Newcastle until someone installed a brand new billboard over […]

Having read the excellent guest post by the equally excellent Carrie Clevenger over at Write Anything about writing historical fiction, I thought I might take the time to sit down, and have a bit of a chat about my own process. Lately I’ve been basing some flashes on local legends or historical anecdotes, and I’ve […]

A small rock scuttled across the medieval stones. A fox looked up from his foraging near the gate. His amber eyes saw the Black Knight sitting on a low tomb. The knight kicked his feet against the faded inscription, and fiddled with his gauntlets. He cast his gaze around the lurching gravestones. He no longer […]