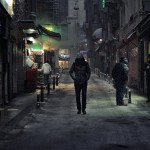 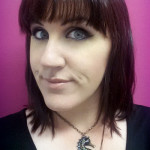 The very lovely Chiaki has written a blog post about what she sees in the mirror, based upon the running feature in The Guardian of the same concept. I figured I’d do my own as I don’t usually blog about myself and thought it might make a nice change! The first thing I see is […]

Seven is such a magical number, isn’t it? Seven deadly sins, seven virtues, seven league boots, seven years bad luck…it seems incredibly apt that I would have spent seven years living in London. Still, the curse has been lifted and the errant word sorceress may now return to her home beyond the Wall. As you […]